The Museum of Wayward Girls. November 2022.

Art, culture, and bottomless bits of time were precious commodities all controlled by one organization - La Famille Faux. Can Tessa-Marie, a reluctant historical custodian, mend her madness long enough to save the world she loves most or will she fall victim to her own crushing reality? Words by Rebecca Derry. Imagery by Mandy Stobo. 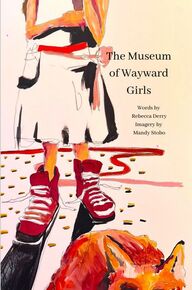 Divorced, drunk, and in desperate need of a break after more than two centuries of service, Sophia Maria had been relieved of her duties at the Museum of Wayward Girls. Her last Muse died under her watch so La Famille needed her out of the picture so they sent her to a satellite shop in the sleepy town of Neverclear to live in the house at the end of Hemlock Crescent. After being in the house for a few months, Sophia unleashes the Reckoning, an event the Family Faux has been dreading since the last Toujours (the revolution of stolen things). 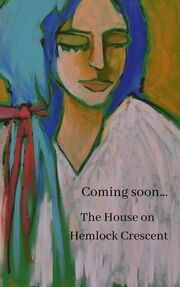 Anna Lishpup,  shop-girl at the High Anxiety Doll Studio is promoted to junior stenographer at the Dead Office at her father's insistence. He was the CEO after all. After only a few days of taking minutes and making lunches, she discovers a much deeper secret and must stop the issuance of paperwork before the population of NewCalgary is entirely wiped out through Clerical Error. 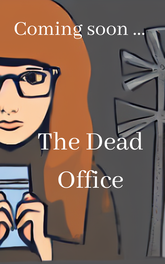